In July of 2021, Lucas Oil Center held it’s annual Riley Give Back Day, an annual fundraiser that benefits the Riley Children’s Foundation. The Foundation is the fundraising arm of Riley Hospital for Children. Donations are used to support groundbreaking pediatric research, patient programs that need additional funding, Riley Maternity and Newborn Health and Family Support Programs such as Child Life and Social Work.

Riley Children’s Foundation also funds Camp Riley, which provides life-changing experiences to more than 200 children with physical disabilities each summer, and the funds and manages the James Whitcomb Riley Museum Home, which preserves the legacy of the great Hoosier poet and Riley Hospital namesake.

Riley Children’s Hospital and the miracles they perform is very near and dear to the hearts of many employees with our company. Many have relied on their amazing care for their own children. And so this give back is always very special to Lucas Oil Center. We aren’t just changing oil, we’re changing lives. 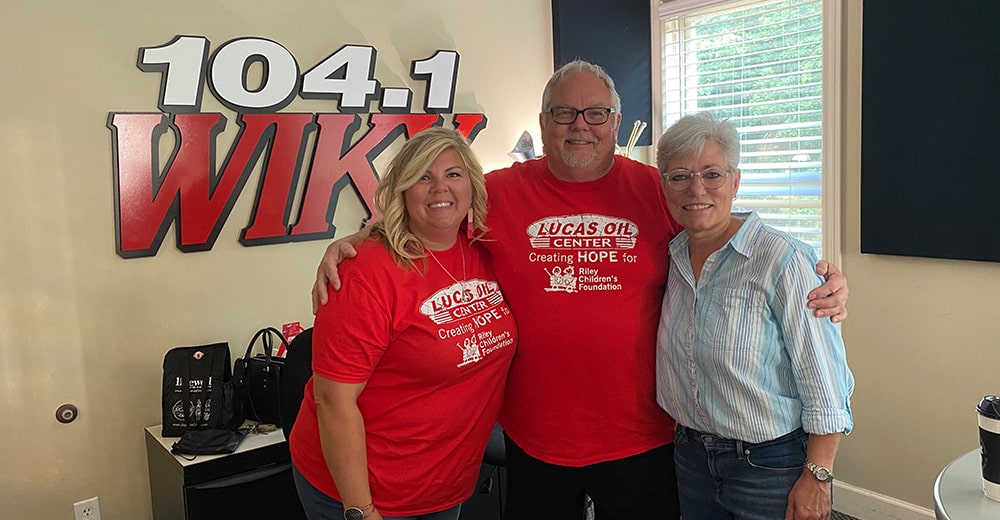 The fundraiser kicked-off on Friday, July 24 on-air with the WIKY Morning Show. That day 15% of car wash proceeds were donated. Papa Bear’s Catering also came out to serve some delicious food at the east side location. The bacon wrapped sausage and the pork belly bites were amazing. 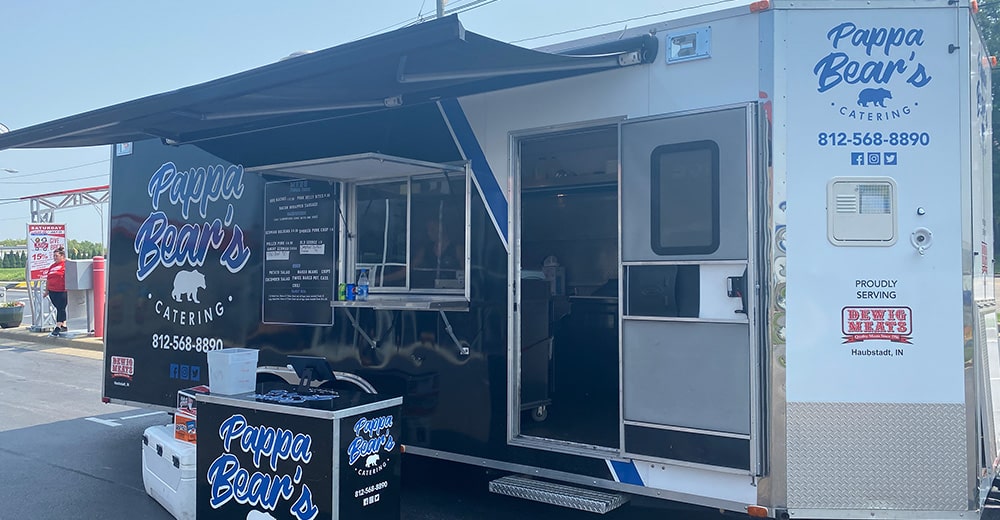 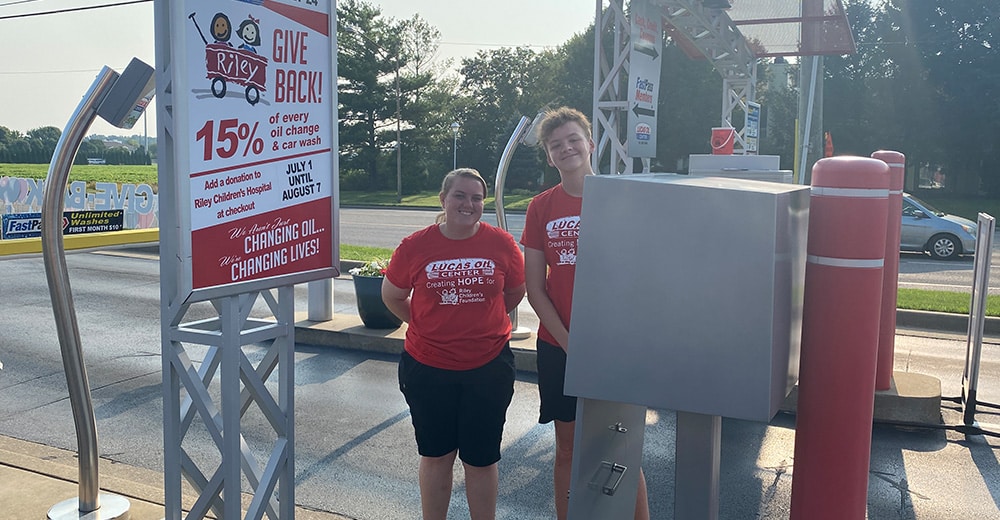 Members of the east side car wash crew ready for customers.

On Saturday, July 25, the east and west side locations took part in fundraising for Riley. Both stores donated 15% of the day’s auto service proceeds, and the east side car wash donated another 15% from that day. 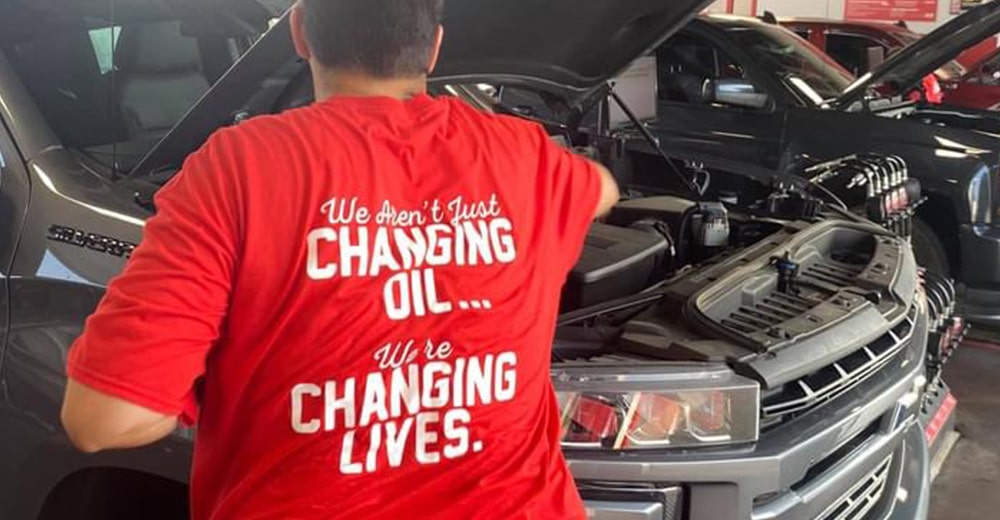 West side crew member wearing a Riley Give Back shirt. 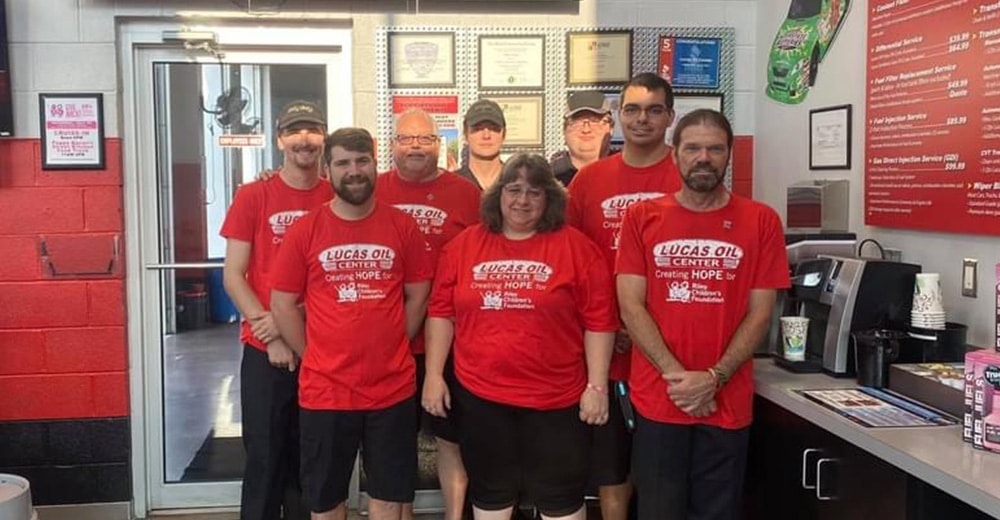 The Cheese Queens food truck stopped by to serve lunch to our hungry customers. These are some of the best grilled cheese sandwiches around. Highly recommend the Chicken Bacon Ranch grilled cheese. 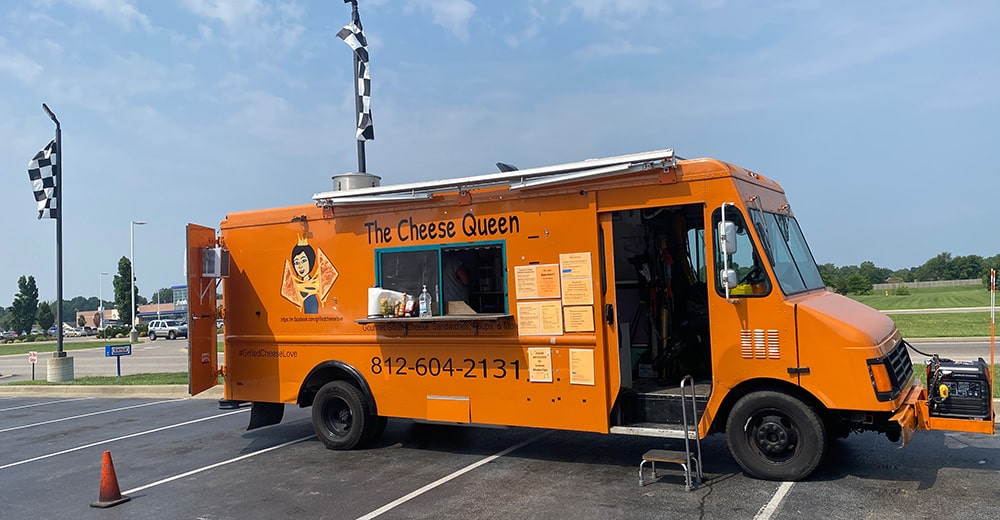 The west side store held its first cruise-in to support Riley. Being the first year, the expectation was low on the attendance. But the community support was fantastic. More cars showed up than expected. In all, almost 70 cars came out to support the Riley fundraiser. The donations made by the car club community was outstanding. 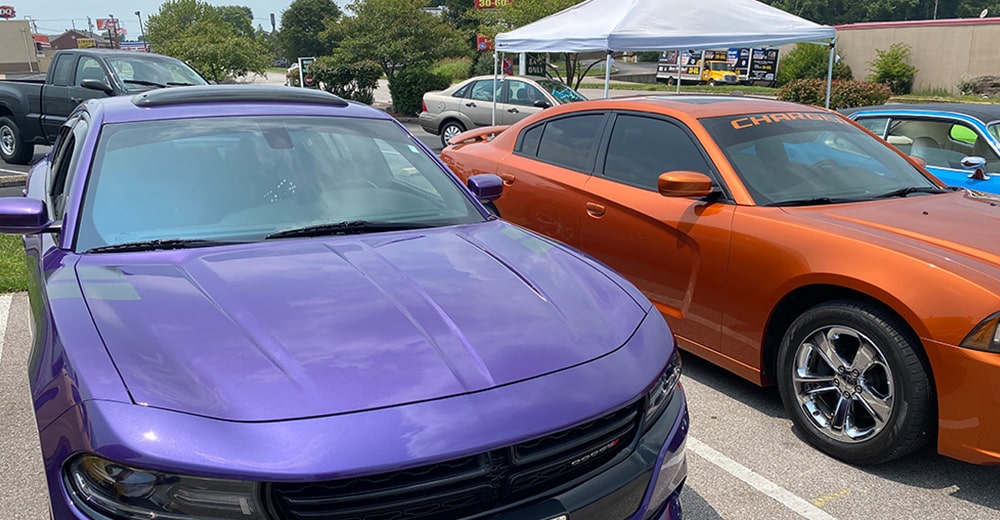 Some beautiful cars at the Riley Cruise-in at Lucas Oil Center west.

SEE THE FULL GALLERY OF BEAUTIFUL CARS FROM THE RILEY GIVE BACK CRUISE-IN.

To provide some food and refreshments to the cruise-in crowd, Papa Bacon’s Street Kitchen served some tasty food. The Texan Sandwich was so good. Delicious sirloin steak, melty cheddar cheese and hickory smoked bacon on hearty white bread. Definitely understand why it was a fan favorite.

With all of the community support, Lucas Oil Center had an amazing fundraiser in 2021 for Riley Children’s Foundation. Along with the Give Back Day, donations were accepted during the month of July. On August 12, a check was presented during the WIKY Riley Radiothon. Lucas Oil Center donated $2,700.00 — beating the 2020 total of $2,400 — to go toward life saving programs and research for kids. 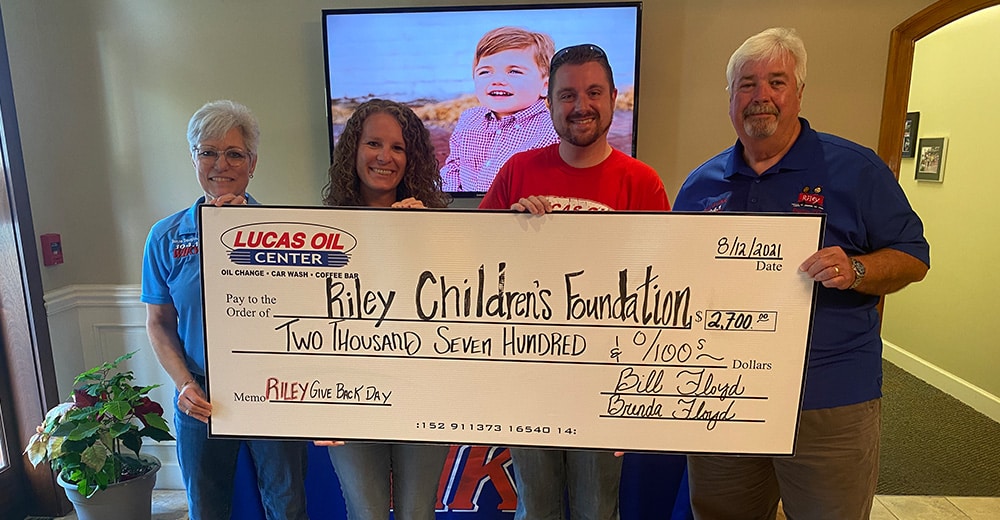 Thank you to everyone who supported the Riley Children’s Foundation Give Back in 2021. It is a privilege and an honor to assist the community and raise much needed funds for a great organization. At Lucas Oil Center, we aren’t just changing oil, we’re changing lives. 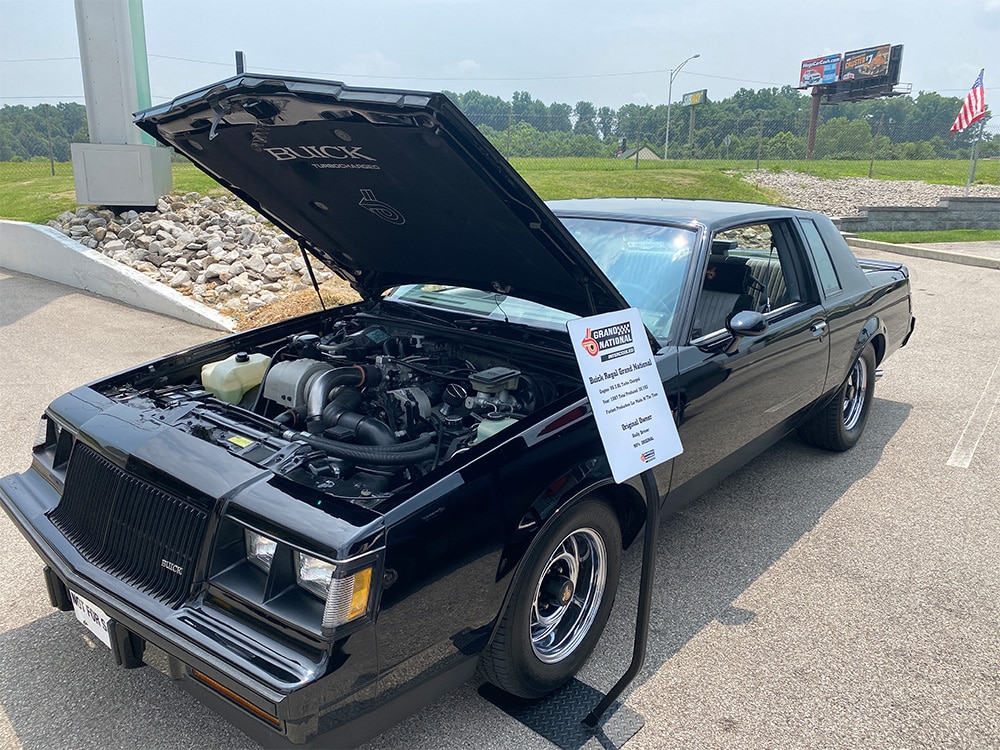 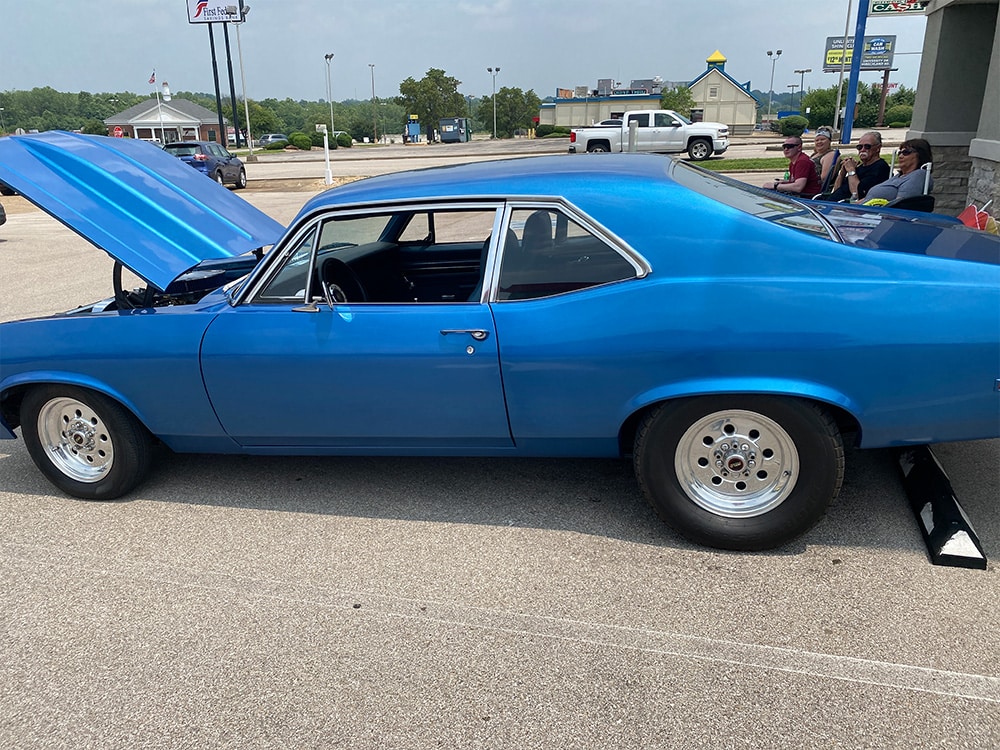 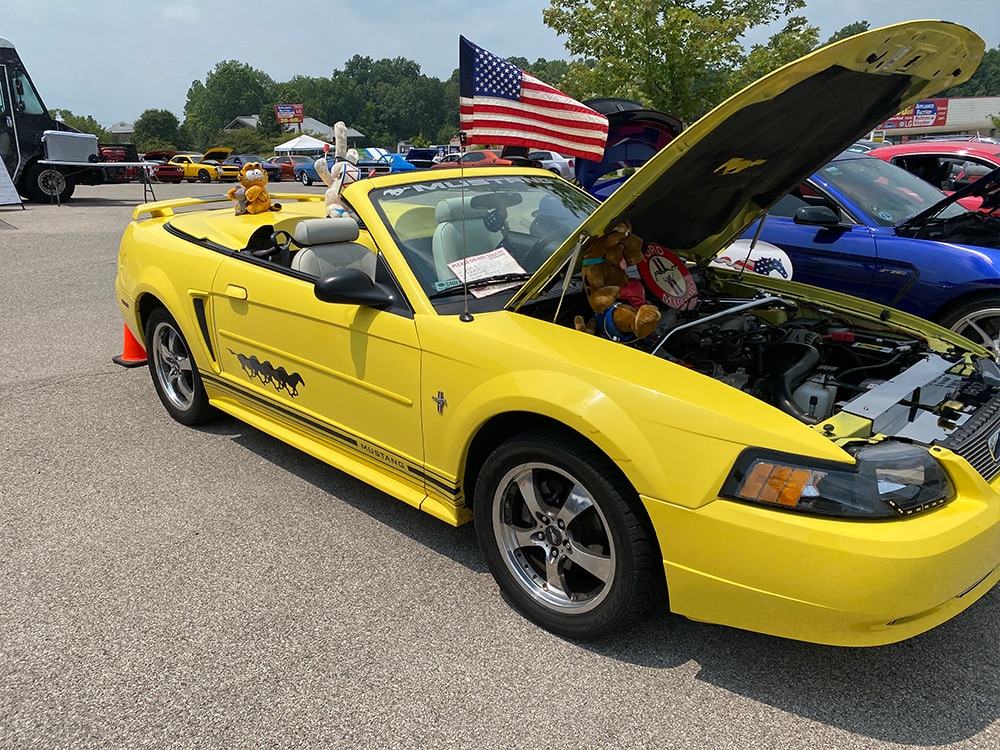 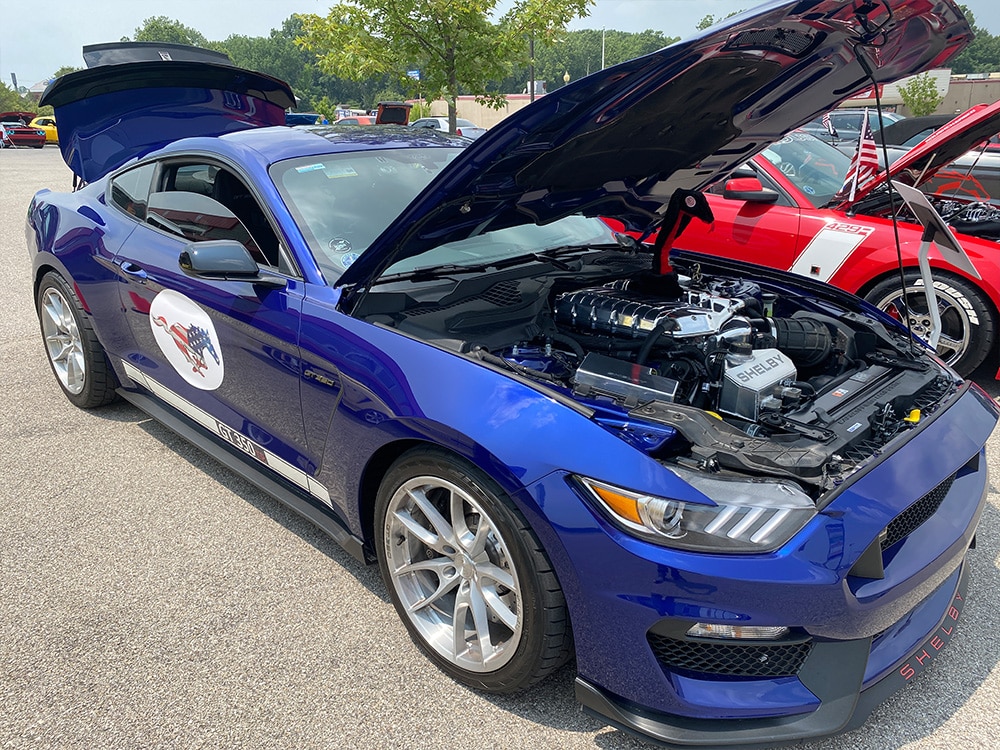 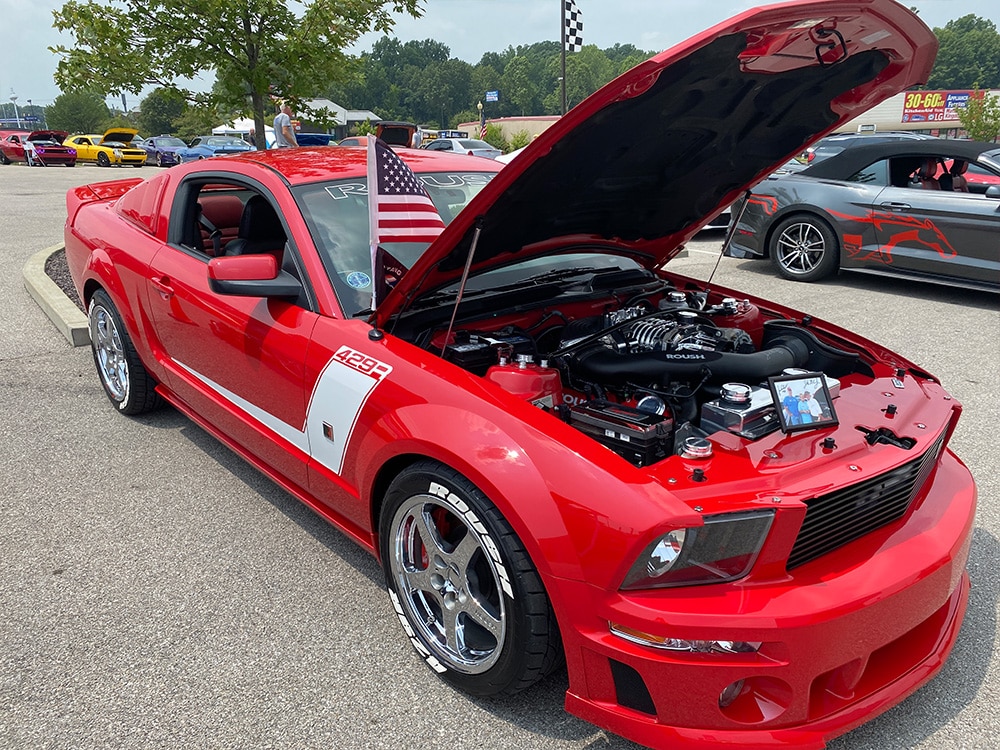 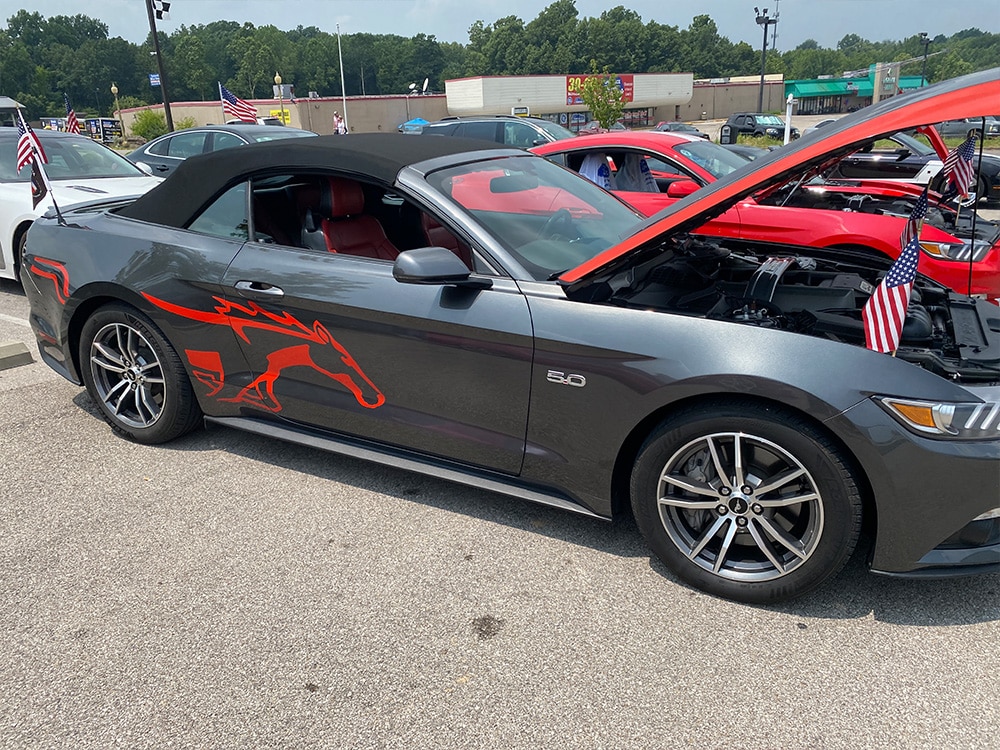 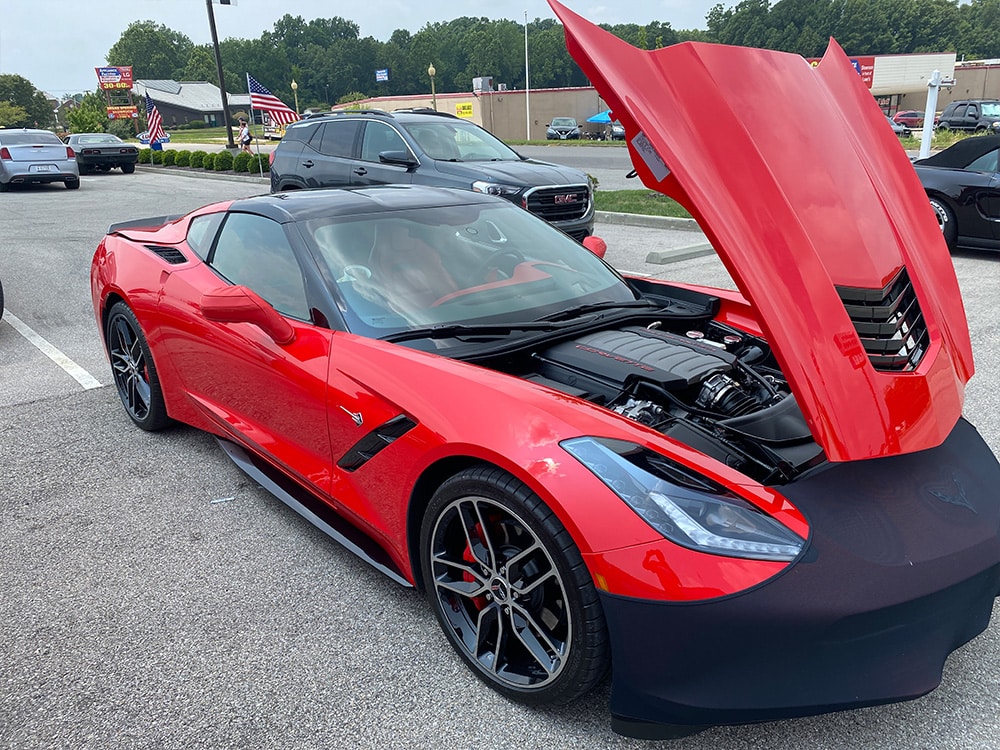 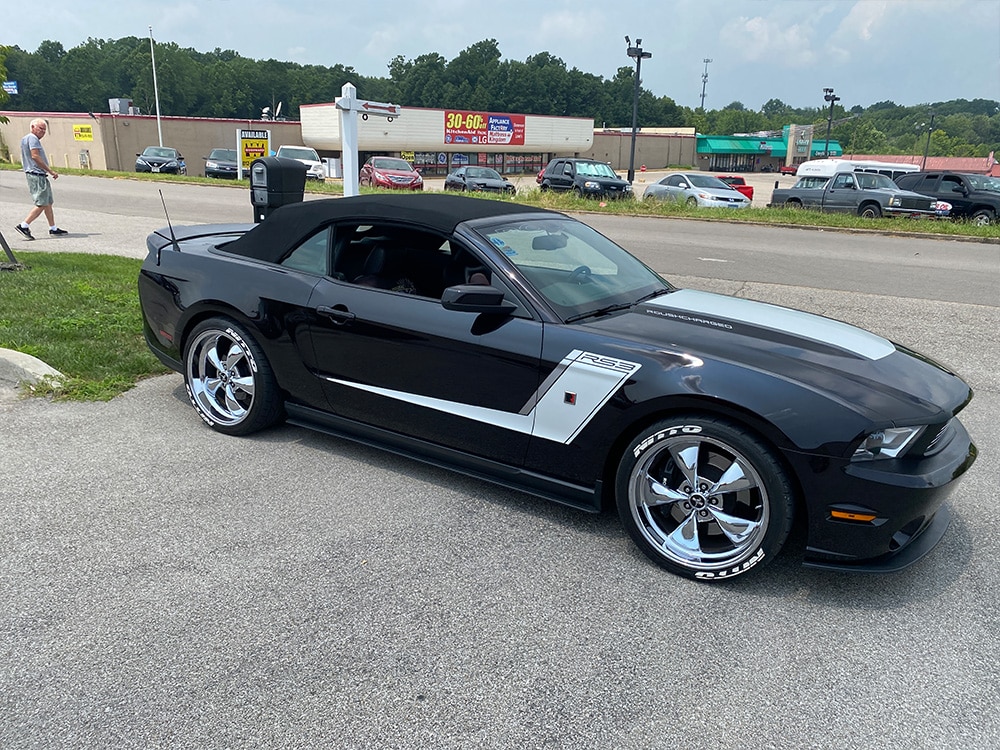 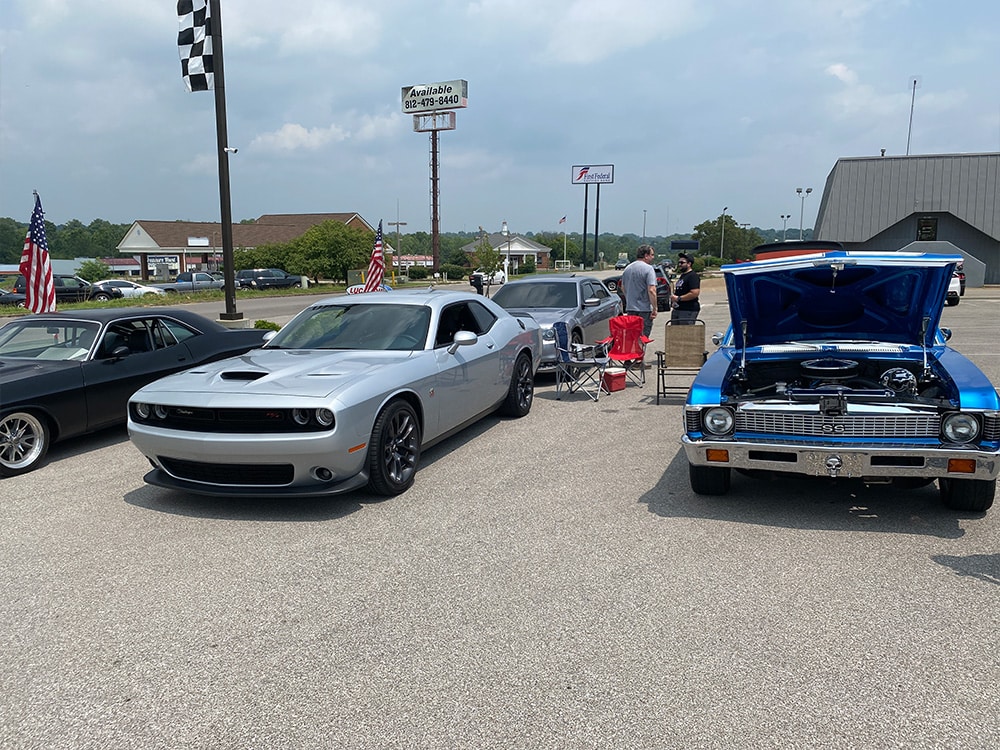 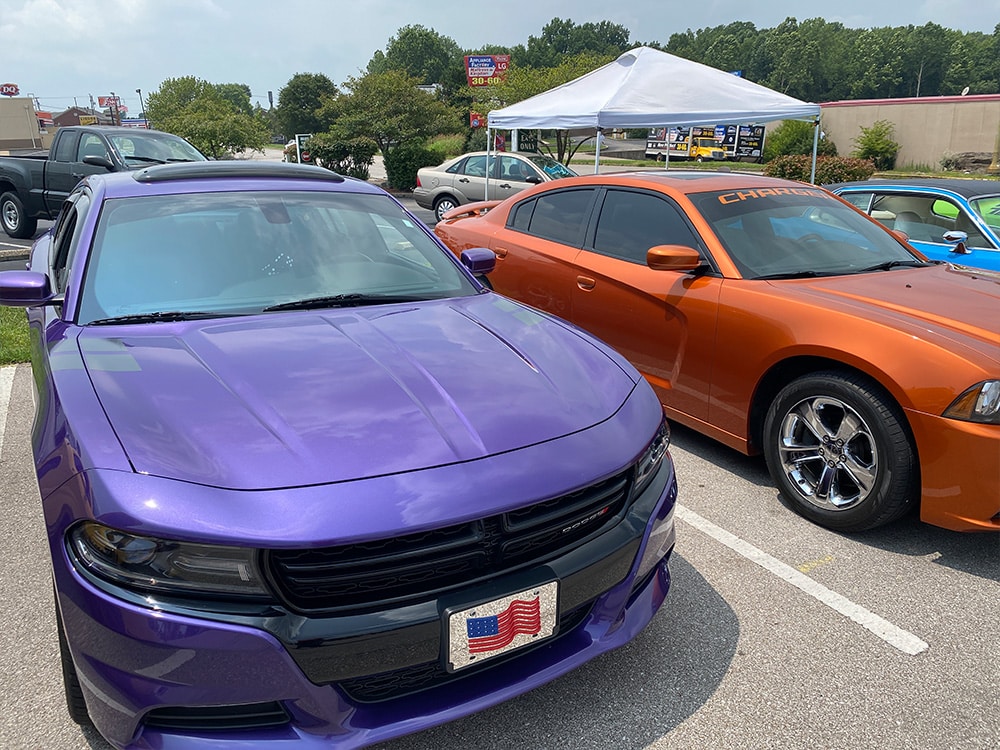 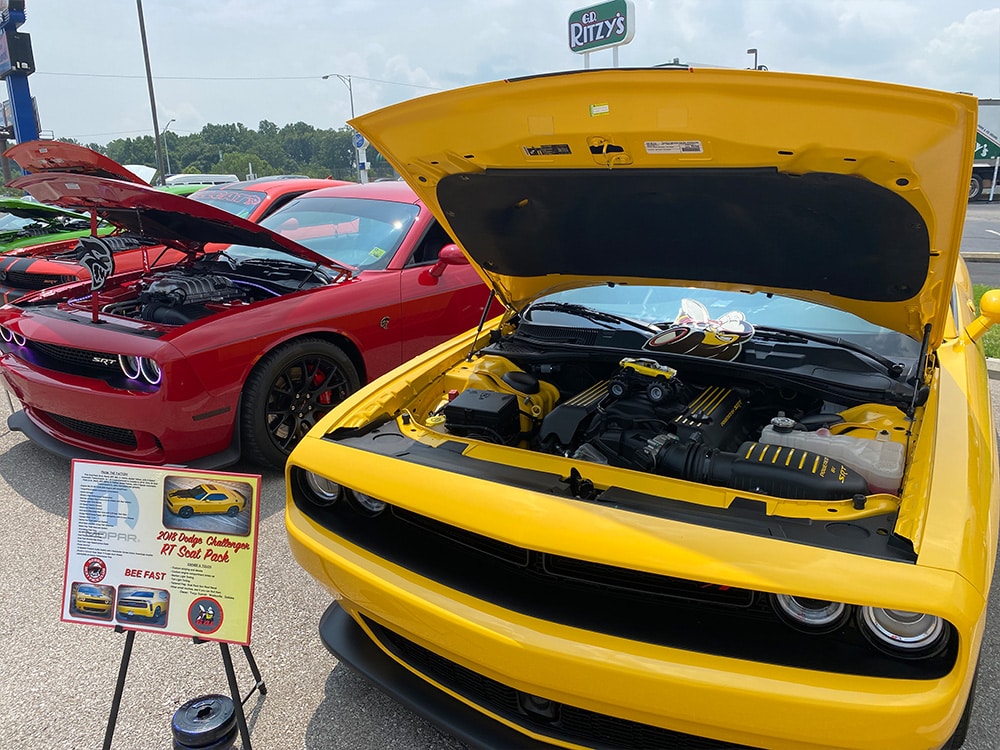 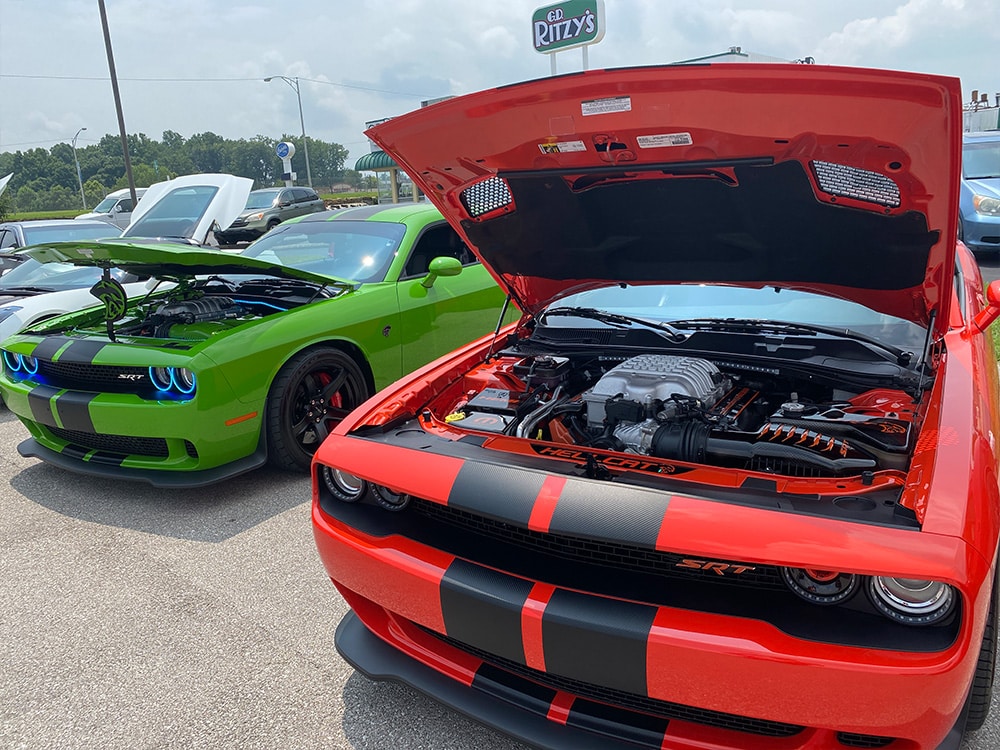 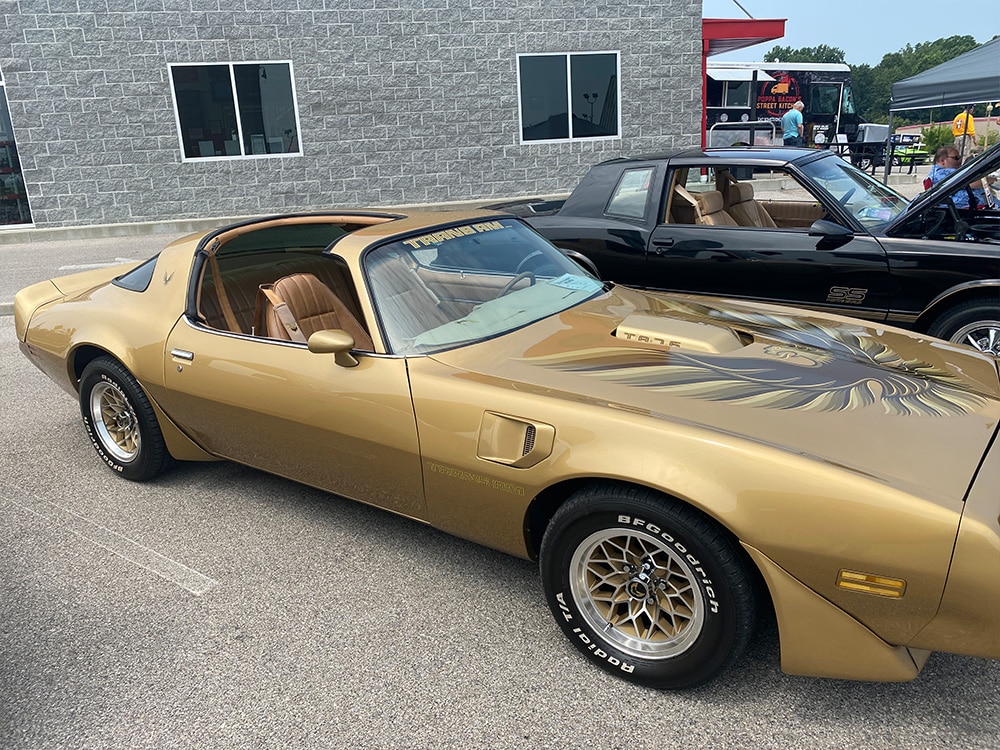 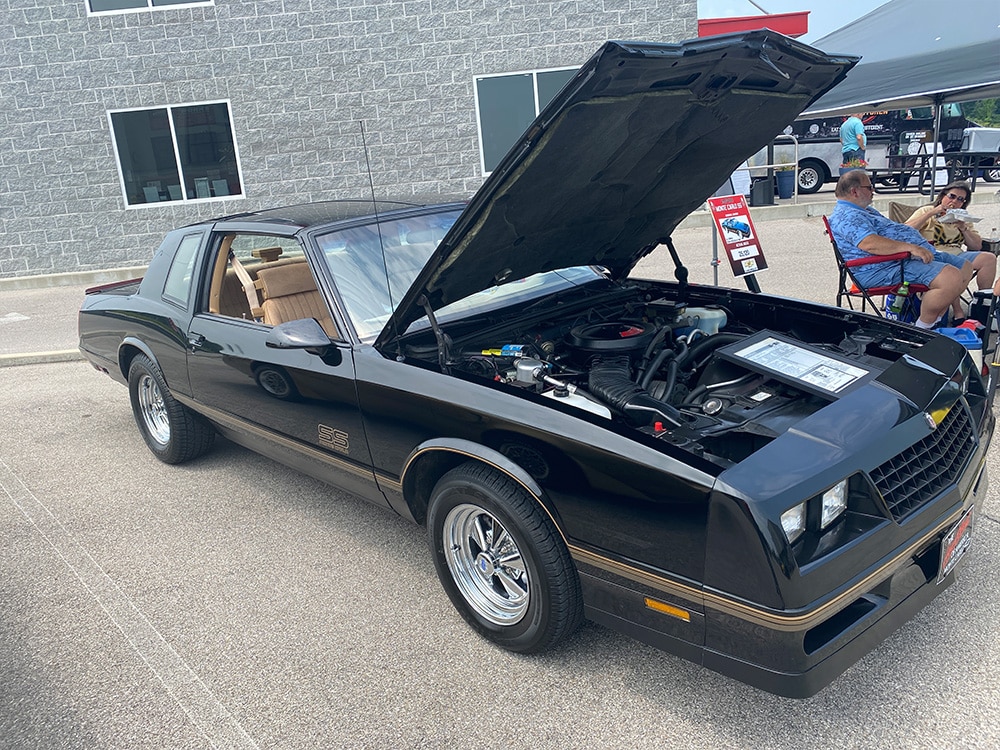