In June of 2021, Lucas Oil Center celebrated its 10th Anniversary of serving the community. The business was founded by automotive industry veterans Bill and Brenda Floyd. The Floyds, with the enthusiastic support of Lucas Oil Products, began their quest to design and build a multi facet Lucas Oil branded auto service center and car wash starting in Evansville, IN.

The first store was completed and opened for business in June 2011 on Evansville’s east side at 2650 N. Green River Road. In June of 2017, the Floyds completed their expansion to Evansville’s west side with their new location at 4807 W. Lloyd Expressway. 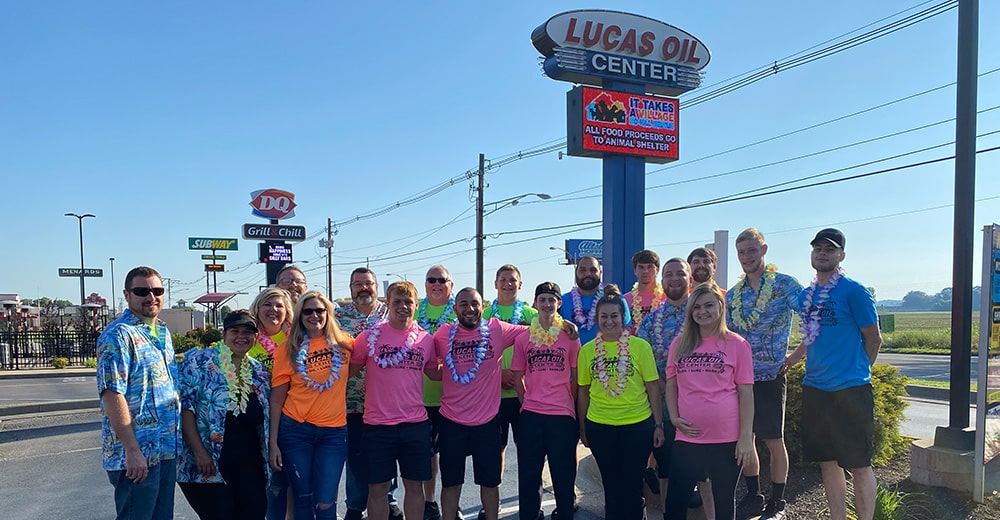 To celebrate this historic event, Lucas Oil Center threw a luau with everyone wearing bright color shirts, grass skirts, and Hawaiian leis. As this was a big event for the company, it was called, “The Big Kahuna.” Customers were given a 10% discount on auto services that day along with $10.00 WORKS car washes. The $10 first month FAST PASS promotion also begin during the anniversary event. 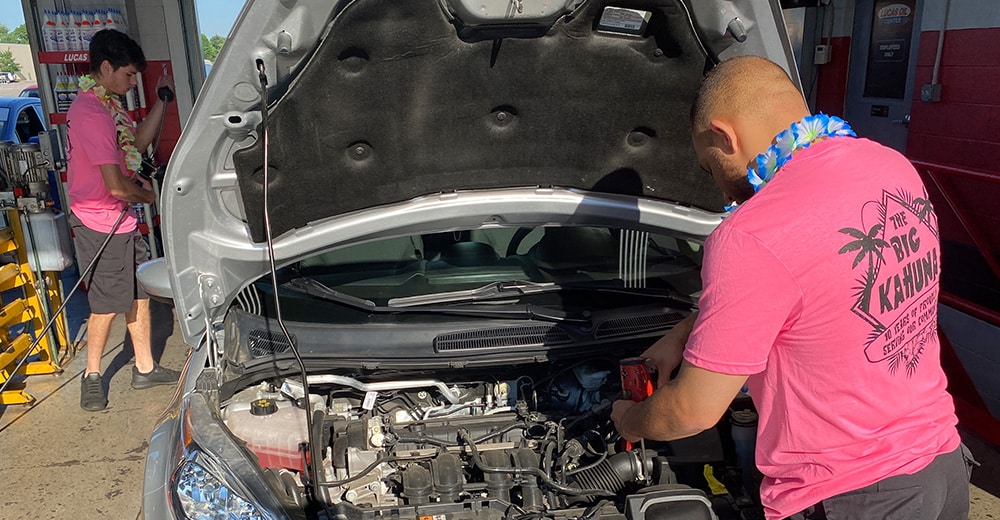 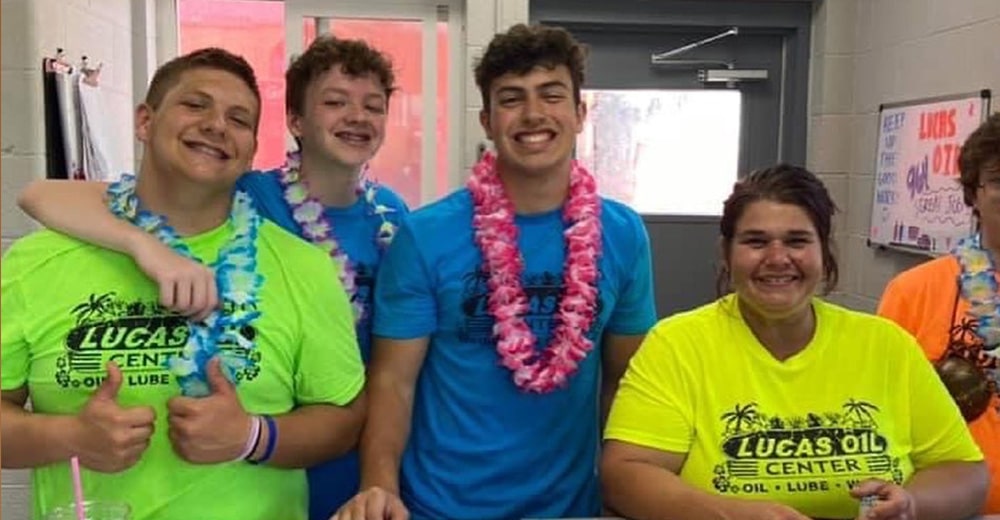 As part of the festivities, several local race teams brought their cars out for display. Donny Brackett Racing brought their 4B Sprint Car and Pink69 Racing showed off their Silver Crown race car. Both cars looked nice sitting in front of the east side store. 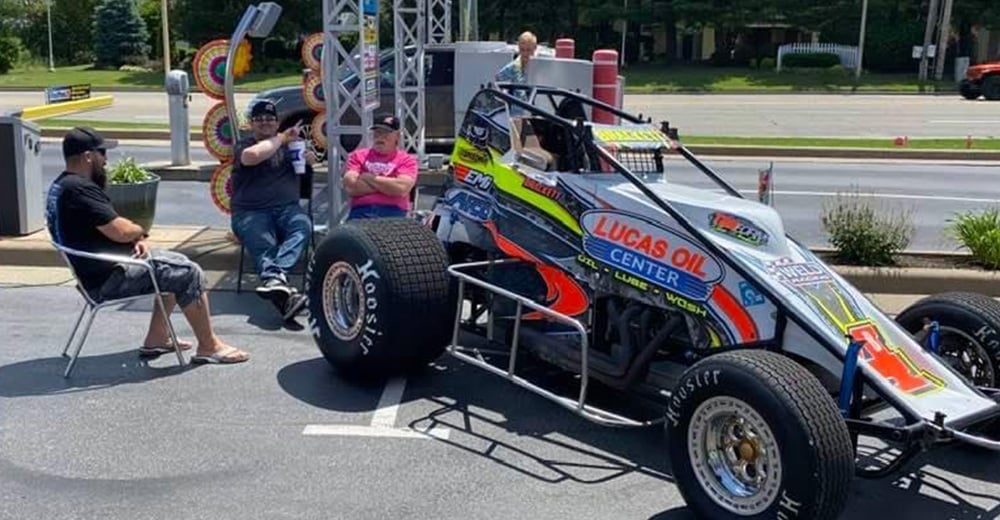 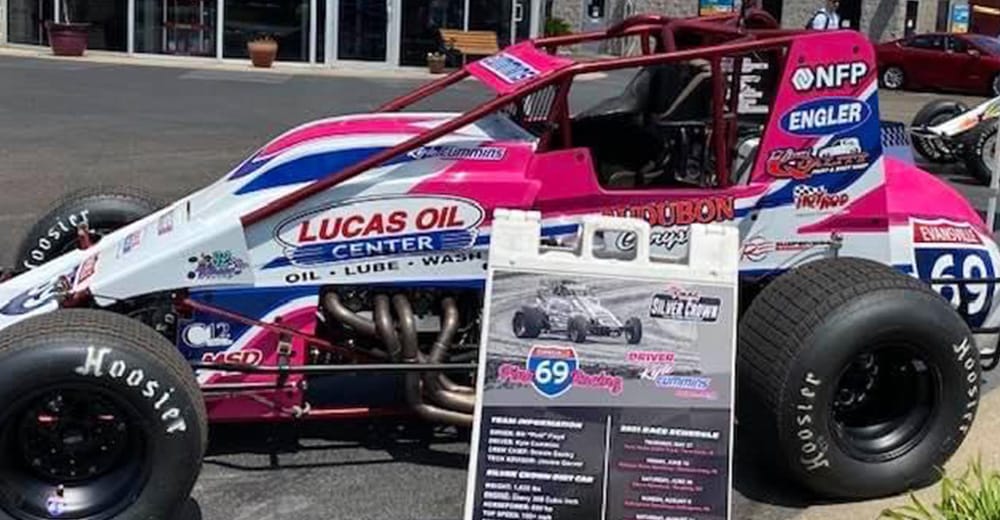 The west side store also celebrated the “Big Kahuna.” Perry Township Fire Department brought out a fire truck and flew their large American flag over the building. 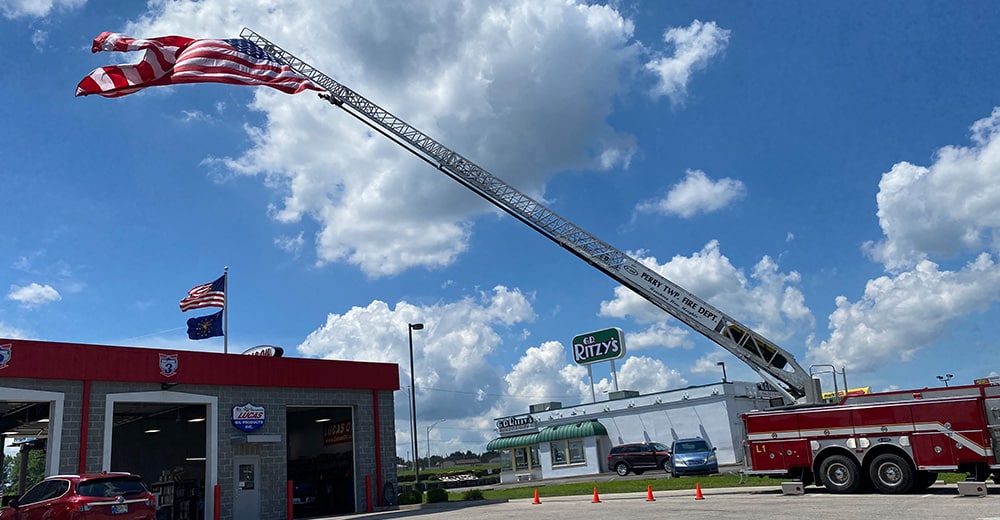 Thank you to the Perry Township Fire Department. 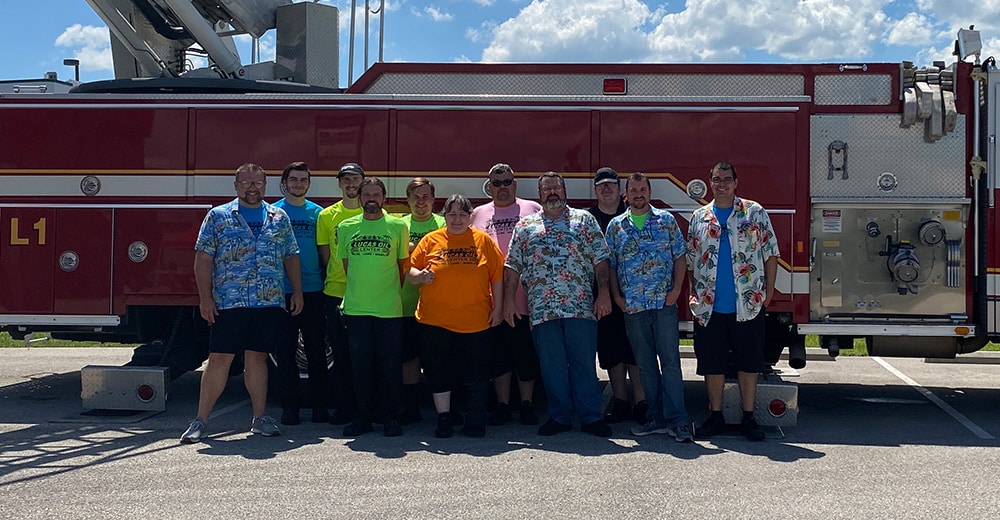 Not only was the 10-year anniversary celebrated, but this was an opportunity to bring attention to an organization and to a cause close to the heart of the staff. 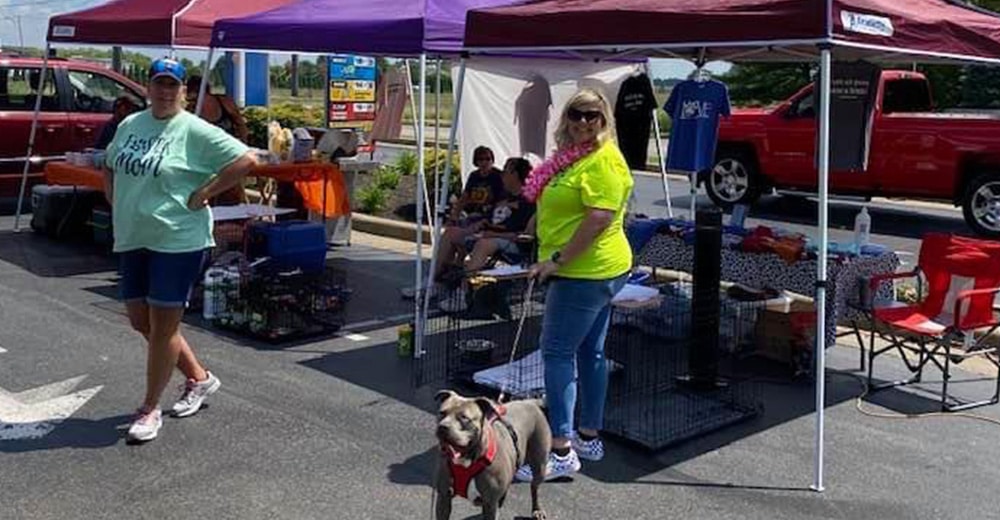 It Takes A Village No Kill Shelter at Big Kahuna event.

At the west side store, a fundraiser was held to help support the family of an employee who unexpectedly passed away several weeks before the anniversary event. The crew donated their time to cook hamburgers and hot dogs to raise money. At the end of the day, almost $800 was raised. All of the proceeds went back to the family to help with funeral expenses. 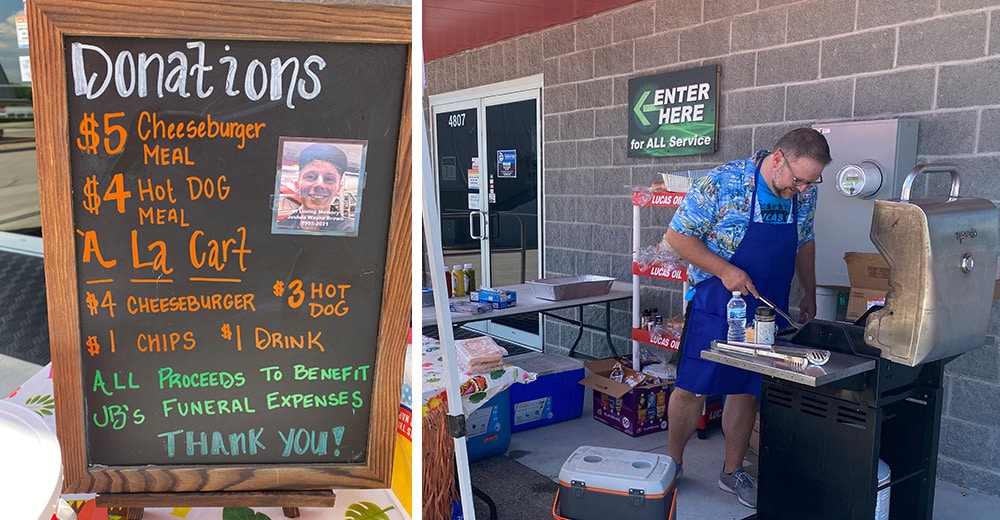 Thank you to the fans, friends, and customers for supporting Lucas Oil Center over the last 10 years. The business started with an idea and a dream. Lucas Oil Center is determined to provide the best auto care service and car wash facility in USA, right here in the Tri-State area. It is our pleasure to continue serving our community, one car at a time.